This is my story of how my showjumping dream turned into my bodybuilding dream.
How I always managed to include some form of fitness into my day including when on a limited budget or too intimidated to use the gym.

My name is Rae Bright, I’m 54 years old and I was born in Norwich in Norfolk and when I was a baby we moved to Warwickshire.  We lived in a house with a paddock at the bottom of our garden and in the paddock lived some donkeys. My earliest memory is at the age of about 3 when I went to stroke one of the donkeys and it bit my finger. But that was the start of my obsession with ponies. In the paddock also lived a little grey pony called Frosty and his owner was a lovely lady who took me under her wing and taught me how to ride. Right from that early age, she would strap me on Frosty’s back, I’d hang onto his neck strap and he cantered around the field with me. I was in love… my whole childhood I was devoted to ponies and riding. 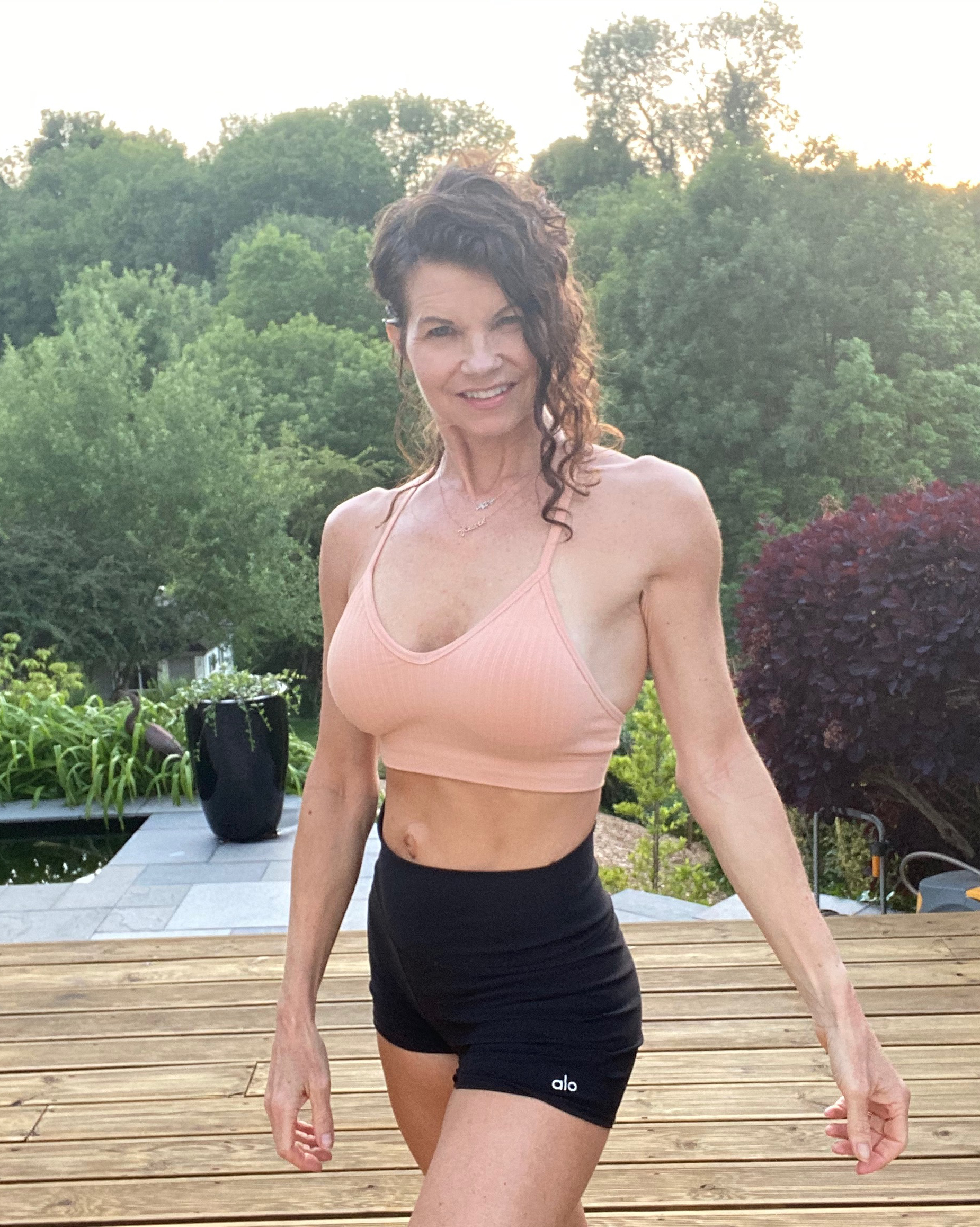 I WANTED TO BE A FAMOUS SHOWJUMPER

I used to love competing. It started off with local gymkhanas and the pony club but when I was about 14, I was lucky enough to ride a lovely pony called Flicka, also a grey. She was 13.3hh and totally unschooled but she was a brilliant showjumper and we won everything!

I wanted to be a famous showjumper, that was my goal in life. But sadly coming from a non-horsey family my goal, my dream… I just couldn’t achieve it and by the age of 20 I’d given up riding

I got married at 23, had my son at the age of 29 followed by my beautiful daughter when I was 30.  When I was pregnant I took up yoga but because we were on a limited budget, I had to find a way of exercising at home and I discovered a lady called Barbara Currie. I bought her yoga videos and every morning I would get up and follow one of her videos without fail. I kept following her videos for years.

I then discovered a British breakfast television broadcaster, Mr Motivator; he did fitness videos. I loved watching his fitness videos on the TV so I added those into my routine. He was amazing.  He wore very brightly coloured, gym gear and he was just so much fun to workout to. So for years all I did was exercise at home... 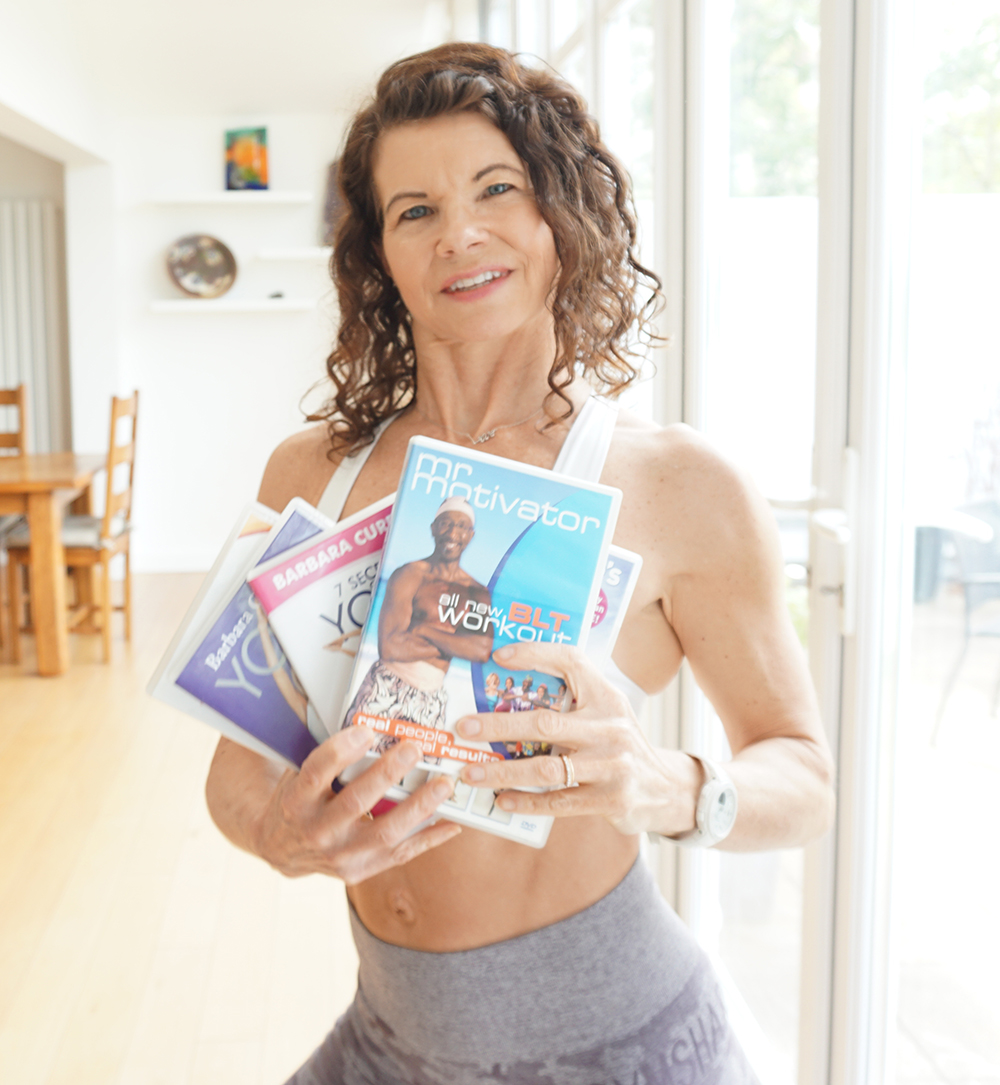 Then a bit later on I took up power walking as a way to also keep fit. I used to love power walking! I wanted to run but I always found when I ran I just got so out of breath, I hated it. But when I was 40, my friend who was a runner invited me to train with her for a half marathon so I decided to take the challenge. We trained together and I discovered by running slower I could actually run! So that was the secret, I just had to run a little bit slower. I did my first half marathon in Malvern and I had a time set for myself. I can’t remember what it was now, but I completed it in my time.

I was so pleased with myself that I decided to enter another half marathon. This was in Cardiff but 2 weeks before the run I injured my piriformis muscle so I couldn’t enter. But I didn’t want to give up training, I had to find another way.. I decided to take up cycling. I had an old mountain bike so I got my mountain bike out, put some road tyres on it and it was coming up to winter. I remember covering about 100 miles a week, even in the rain and the cold. I did do a little bit of mountain biking but really I just loved being out on the road.

I had already had a bit of an insight into weight training when I was 35. I got divorced at the age of 35 and went back to college to retrain and I joined a gym. I just went along to use the cardio equipment but I was intrigued by weights and really wanted to have a go but I was just too shy and never did it!  A bit later on I joined a leisure centre near where I lived and had an induction at the gym. I did do a little bit of weight training but I was always too shy to ask how to use the equipment and how to do exercises, so unfortunately it never really came to much but I was very keen, I really wanted to do it!

I then  joined another gym, this time it was a bodybuilding gym, a friend of mine had recommended. At the time I was doing my cycling but I thought maybe, I’ll join the gym and things will be better this time. So I went along and I met the owner and he said to me “You should do a competition, you’ve got a great back, it wouldn’t take much to get you on the stage”.  And I was wow that would be amazing! I’d love to enter a bodybuilding competition. So I paid an annual membership and went for a personal training session and then… I went to the gym about 10 times. And gave up. Because I was so intimidated by the people who trained there and I was too shy to ask for help AGAIN. Anyway it was summer, it was just nicer to be outside on my bike anyway. That was my excuse.  BUT I still had this dream that I wanted to be a bodybuilder.

At the time I was still single; I’d been single for a long time. I’d tried a bit of Internet dating and it didn’t work but eventually I met Andrew who… was totally my dream man, he is my dream man. I was 49 when I met Andrew and we actually met on Tinder, but that’s another story!  Andrew loved weight training and when I asked him to take me to the gym with him, he was so happy. He said to me he never thought he’d meet somebody who would want to train with him. So we started to train together in January 2015. I went to live with Andrew and we went to the gym every other night. It was brilliant. I loved it. 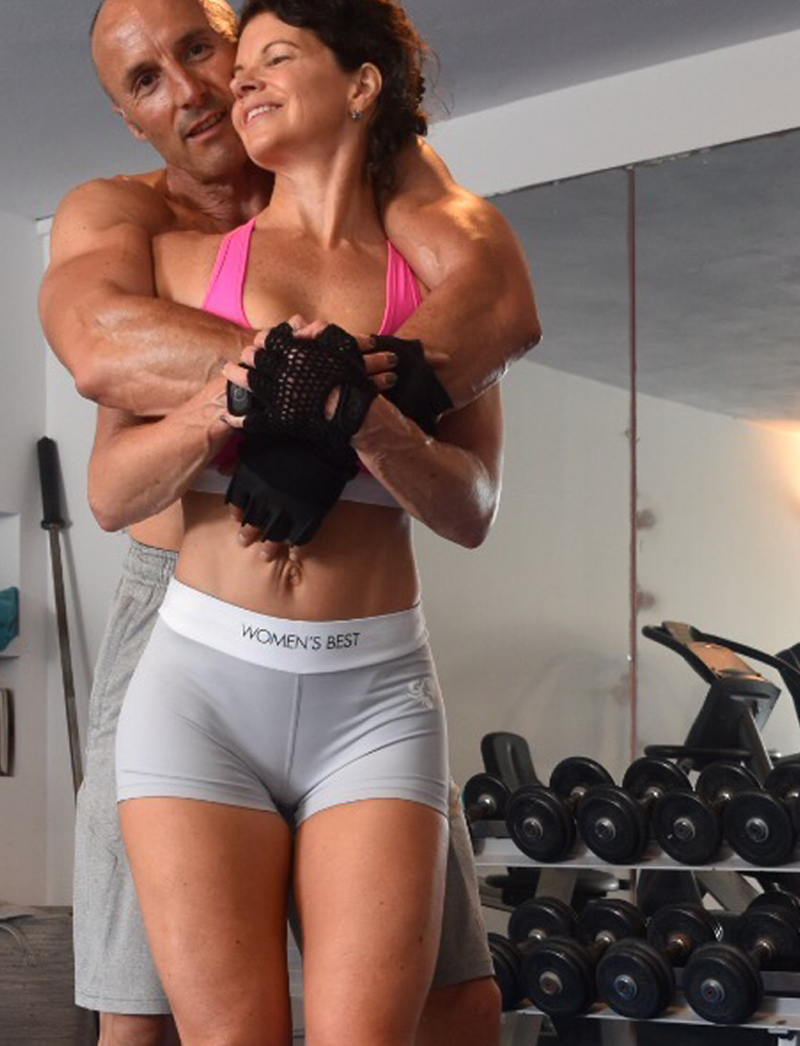 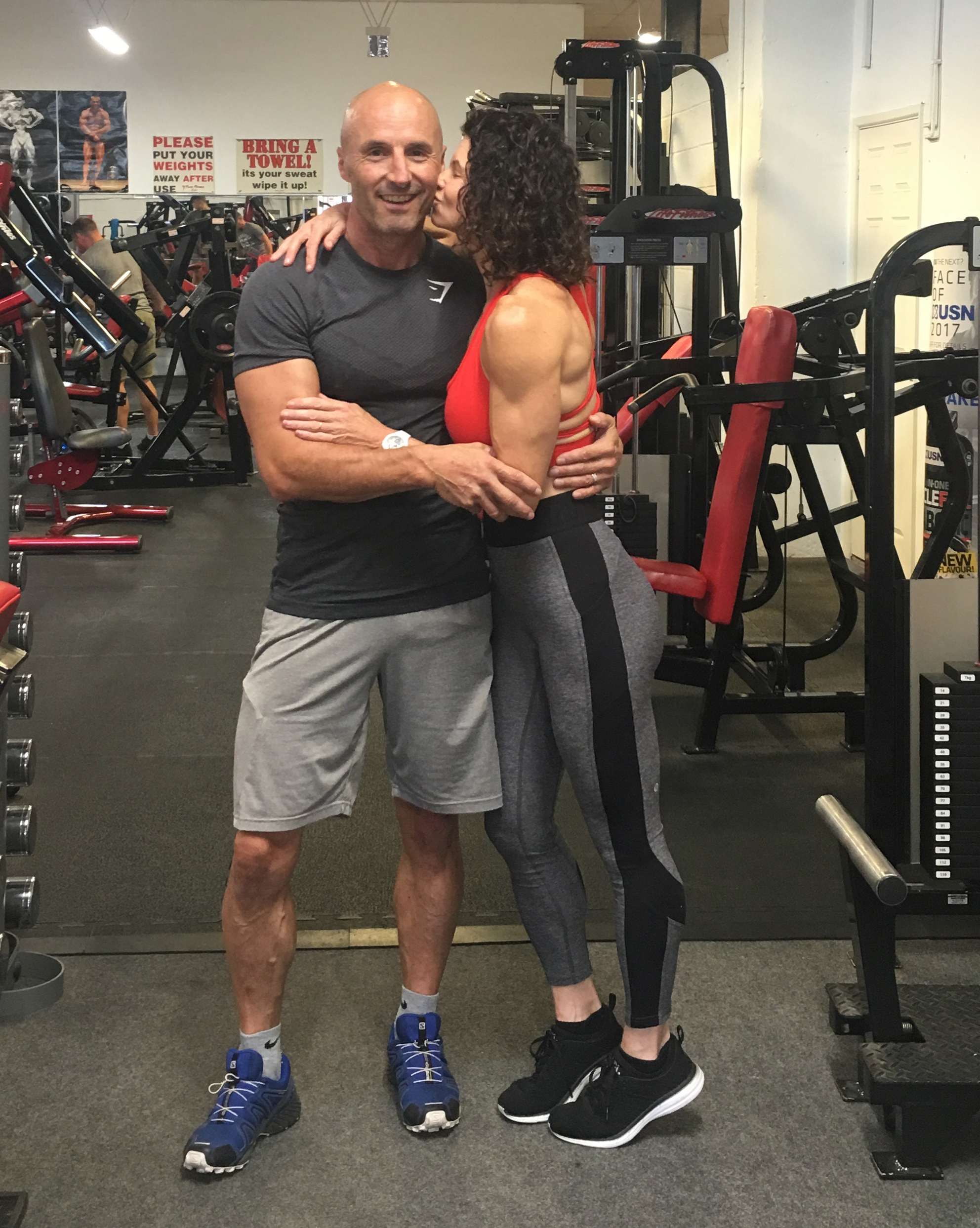 Andrew  taught me so much and that was it I was hooked! I kept thinking in the back of my mind, one day I want to enter a bodybuilding competition.

I didn’t really know much about them and it wasn’t until this time last year, I saw a poster on the wall at the gym for a bodybuilding competition and I decided, right that’s it, I am going to do it! I committed to entering. I only wanted to enter one competition just to say that I had competed. I was 53 at the time and I just wanted to say I’d done it.

BUT… I entered my first show and got hooked!  So I ended up competing  in 3 shows with 3 different federations, in 3 different categories and qualifying for 3 British Finals, all within 5 weeks of each other! It was amazing! I had to choose one British finals to focus on and decided to compete with the PCA. The British Finals was last October and being on the stage at the British Finals was just incredible and I placed 5th. I was really happy to be placed 5th but I wish I’d won!

I entered a category called the Bikini Masters and it was for over 35’s and it left me wanting more.  I am going to be planning my competing season for this year and I will share information about that in another blog. 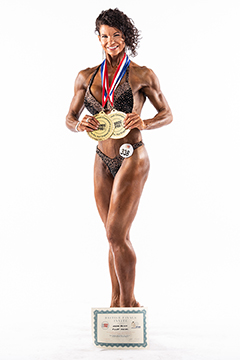 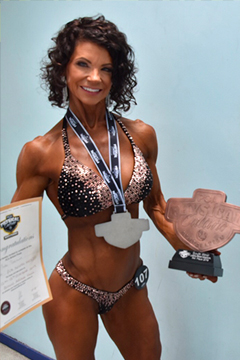 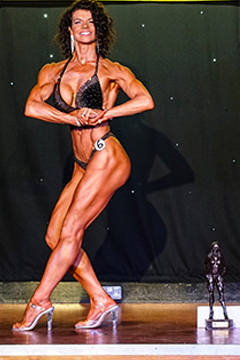 If you prefer to watch instead of read then here I am telling my stories. 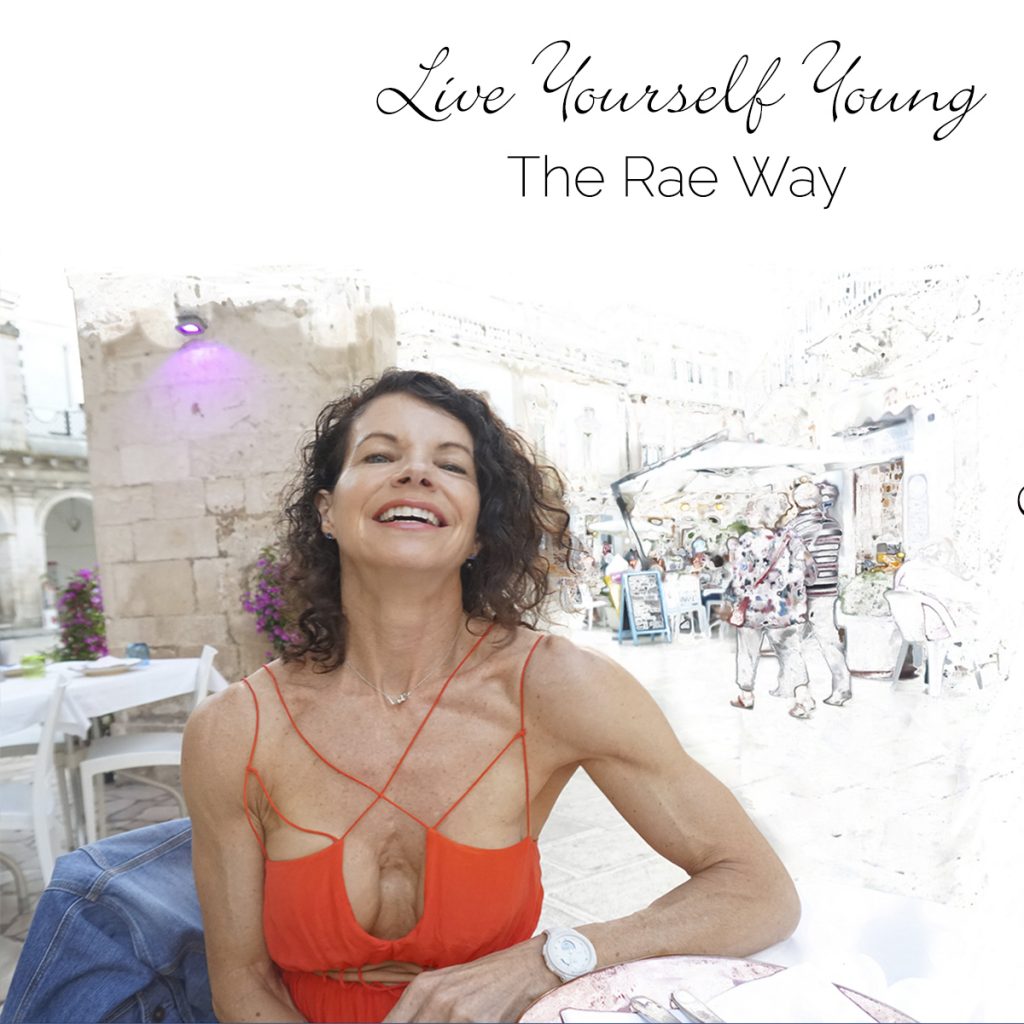 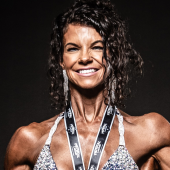 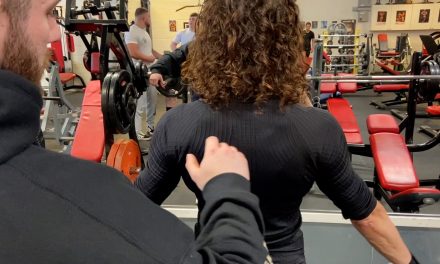 Training with a shoulder injury 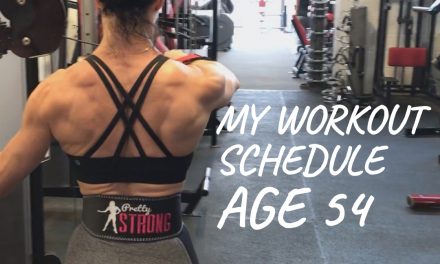